Lowell Cemetery, one of the oldest garden cemeteries in the nation, was founded in 1841 by a group of Lowell citizens as a private, non-sectarian, non-profit cemetery corporation. It is located on the banks of the Concord River. It was patterned after the first garden cemetery, Mt. Auburn Cemetery in Cambridge, MA, which had been created just a couple of years earlier. The cemetery was laid out to a design by George P. Worcester, a civil engineer, applying principles of the rural cemetery movement that was then just coming into vogue. These new cemeteries emphasized the physical beauty of the surroundings and created a restful sanctuary for the departed, which was in sharp contrast to earlier sites that were crowded and unorganized. Worcester enhanced his work with curved roads and paths under a canopy of oaks, beeches and ashes.

Many of Lowell's wealthy industrialists are buried there, under ornate and, in some cases, unusual Victorian tombstones such as a large armchair, an open book and a lion along with fancy mausoleums. A 73-acre portion of the 84 acres cemetery was listed on the National Register of Historic Places in 1998. 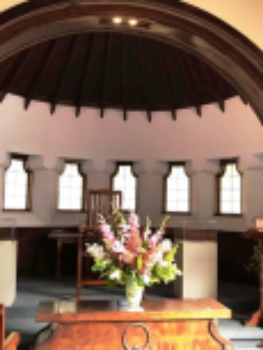 Design in the Talbot Memorial Chapel by Kay Johnson of the Billerica Garden Club. 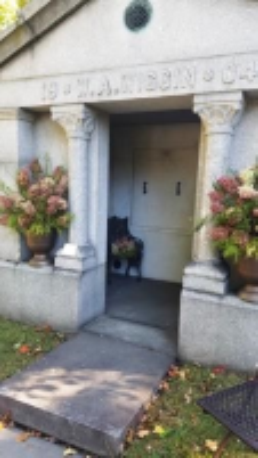 \Warren A. Wiggins Memorial by Carol Bonfanti and Carol Monaco of the Tewksbury Garden Club. 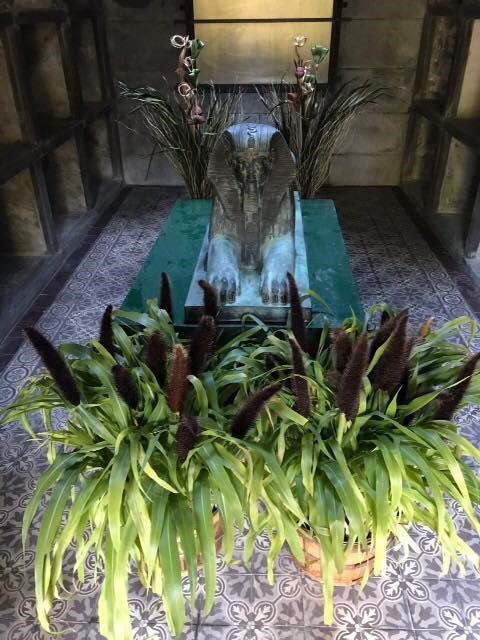 Shedd Receiving Tomb by Bonni Dinneen, Curbs and Cobblestones Garden Club.  This is where bodies are held when the ground is too hard to dig and burial and has to wait.  Bonni has been a NGC Board member. 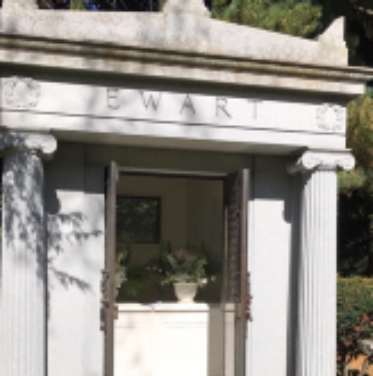 Lord and Lady Ewart's Memorial by Andrea Little of Curbs and Cobblestones and Westborough Garden Clubs.  Andrea is the NHC Historian.

Over the past few years, a relationship has been built between the cemetery and the Garden Club Federation of Massachusetts Northern District. Michael Lally, Director of Business Operations and Julie Danforth, Master Gardener, have spoken at District meetings and to District clubs. A Northern District coffee was held in the Talbot Memorial Chapel, a granite, Gothic Revival structure designed by Boston architect Frederick Stickney and donated in 1885 by Mrs. Talbot as a memorial to her husband. The cemetery opens its doors twice a year for tours. On Saturday, October 5th, 2019, a fall tour was held. Six Northern District clubs; Andover Spade & Trowel, Billerica, Chelmsford, Dracut, Lowell Curbs & Cobblestones and Tewksbury Garden Clubs all did floral designs that decorated various mausoleums on the tour.