I searched online for nasturtiums and discovered that Nasturtium was the generic name for watercress, not the brightly colored vines I had expected.

The nasturtiums I looked for are in the genus Tropaeolum, which are native to South and Central America. There are about eighty species identified. The hardy species that can tolerate the coldest temperatures is probably T. polyphyllum from Chile, where the roots are reported to survive on 10,000-foot mountainsides.

Tropaeolum was first imported into Spain in the mid-1500s and later reached other parts of Europe.  They were known as “Indian cresses” because they were introduced from the Americas (then called the Indies) and tasted like watercress.

The nectar in the flower spur is exceptionally sweet. Its sugar is especially concentrated and consists mostly of sucrose, instead of the fructose and glucose found in nectars of most plants.

What we commonly call nasturtiums (T. majus) are easily grown from seed in sunny locations. They thrive in poor soil and dry conditions. They will produce mostly leaves and few flowers in rich soil.

Canary Bird Vine (Canary Creeper, T. peregrinum) is a vigorous, annual climber that grows to 10 feet. It is hard to keep the plants from attaching to everything, so seeds should not be started too early before transplanting into the garden.

All parts of Tropaeolum majus are edible. The flowers have most often been used in salads as decorations and give a peppery taste – like watercress.  Recipes are available to add that peppery kick from other parts of the plant, too.  For instance, leaves into pesto, leaf petioles used like chives, and fresh green seeds processed into a caper substitute.  Nasturtiums are more than a pretty face!

National Garden Clubs, Inc. is a 501(c)(3) organization that aims to promote the love of gardening, floral design, and civic and environmental responsibility. There is a local club near you, click here to find one and join. Subscribe to the NGC’s blog by entering your e-mail here. You do not have to be an NGC member to subscribe. NGC welcomes blog article submissions, e-mail the Blog Administrator at blog@gardenclub.org.

Enjoyed this post. I love the vibrancy of nasturtiums. 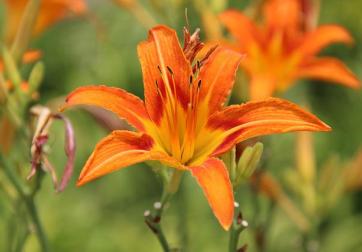 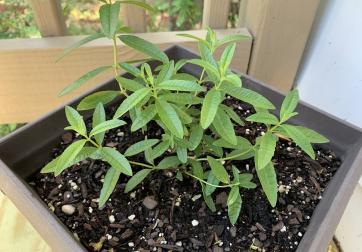 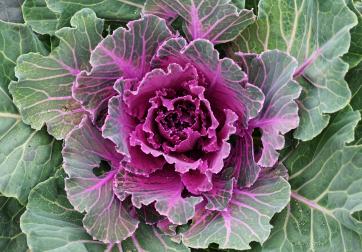 Playing Outside in the Spring