It’s paw paw season! Paw paws (Asimina triloba) are native trees that bear fruit in August, September, and October. Fruit of cultivated trees look very similar to mangos—green, kidney-shaped, and about 6 inches long and 3 inches wide. They have a variety of common names such as Indiana banana, poor man’s banana, and bandango. When cut in half, the interior reveals a yellow, custard-like pulp with two rows of large seeds. A paw paw can weigh from ½ to 1 pound and is the largest edible fruit native to North America. Technically a berry, a paw paw tastes like a cross between a banana and a mango with a splash of pineapple. Paw paws can be eaten raw or used in ice cream, puddings, smoothies, butter (such as apple butter), baked goods like cookies and pies, and even beer, brandy, and wine!

From Florida to Texas, north to New York, and west to Michigan, Illinois, Iowa, and Nebraska, paw paws are native to 26 states and grow as understory trees in hardwood forests near streams and rivers. In the wild, the trees grow to 15 to 30 feet and sucker, creating colonies. Reminiscent of cucumber magnolias, they have foot-long, dark green leaves. Unlike other fruit trees, paw paw trees are not subject to the high level of pests and diseases. 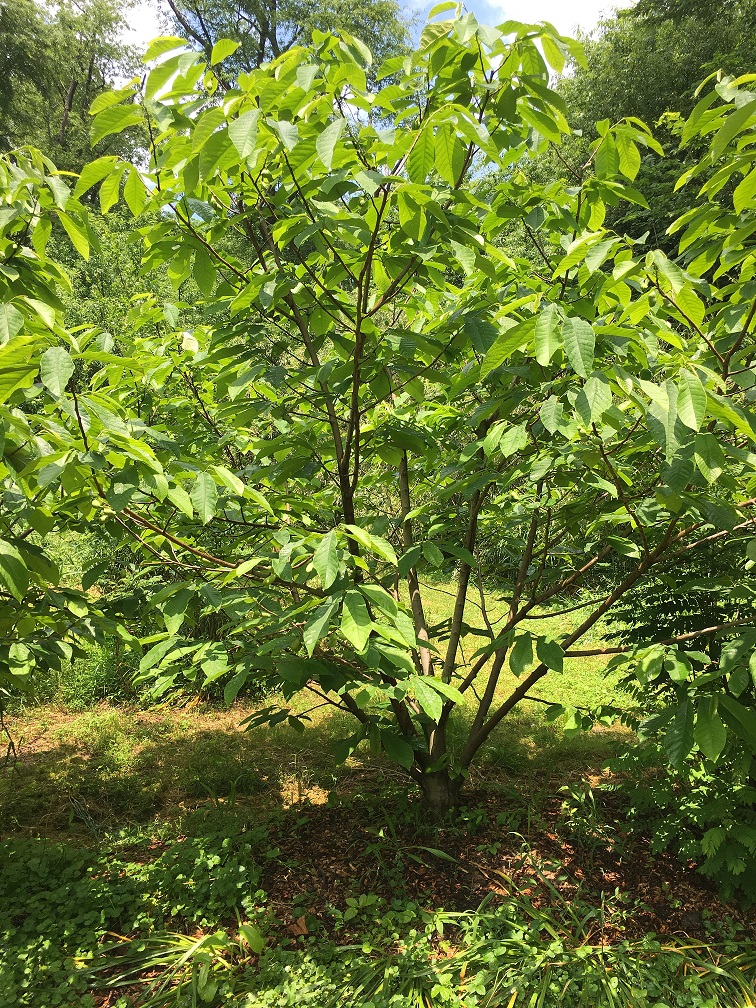 Paw paw trees are part of American history and folklore. Jamestown colonists wrote about them in the 1600s and John Lawson, an Englishman, described them in his travels in the Carolinas in the 1700s. Danielle Boone enjoyed eating them, and members of the Lewis and Clark expedition ate paw paws for pleasure, as well as sustenance. George Washington grew paw paw trees at Mount Vernon and ate the fruit as a dessert. Thomas Jefferson grew them and sent seeds to his colleagues in Europe.  William Bartram, a naturalist, described the trees in Bartram’s Travels and his father, John Bartram, a botanist, sent seeds to Europe. During the Civil War, soldiers as well as African American slaves collected the fruit in the wild to supplement their meager diets. There is even a popular folk song called “Way Down Yonder in the Paw Paw Patch” about collecting ripe paws paws from the ground and putting them in a basket.

Although paw paws are part of American history and folklore, you may not find them in grocery stores. When the fruit is ripe enough to eat, it drops to the ground and is highly perishable. The thin skin bruises easily, discoloring to black. Paw paws are best eaten immediately or preserved by removing and freezing the pulp. You may find them at local farmers markets in peak season (September), and you will definitely find them at paw paw festivals across the country in the fall.

As native, hardy trees, paw paws can be grown in typical suburban plots. You have to have at least two trees though; they are not self-fertile. They should be in full sun, 10 to 12 feet apart. The trees grow to 15 to 20 feet in the wild, but you can manage the size to 8 feet by cutting back the central leader. Therefore, homeowners could have two 8-feet trees in the yard producing 50 pounds of fruit each year. If full sun is not possible, they can grow in part shade but will produce less fruit. 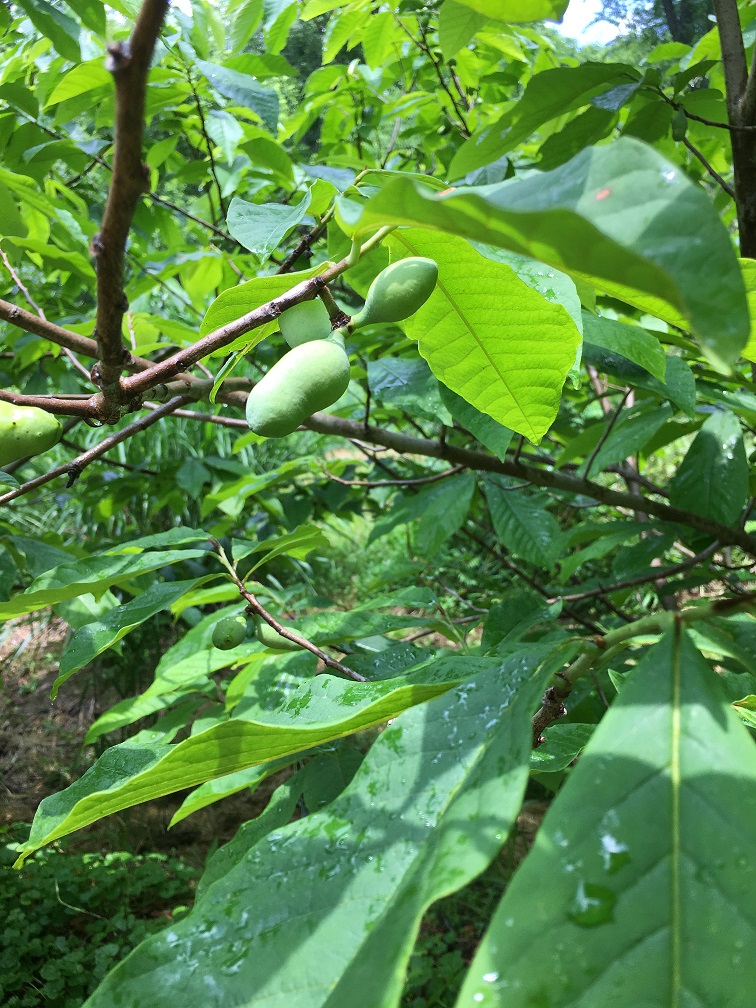 For homeowners, it is best to purchase either a grafted tree, a select seedling, or a specific cultivar because starting from seed takes years to produce fruit. Also, starting from a wild paw paw seed will result in less than desirable fruit. The taste of wild paw paws varies plus the fruit is small with a poor pulp to seed ratio.  Breeders spend years selecting desirable characteristics such as large fruit, a high pulp to seed ratio (more pulp, less seed), and good flavor. 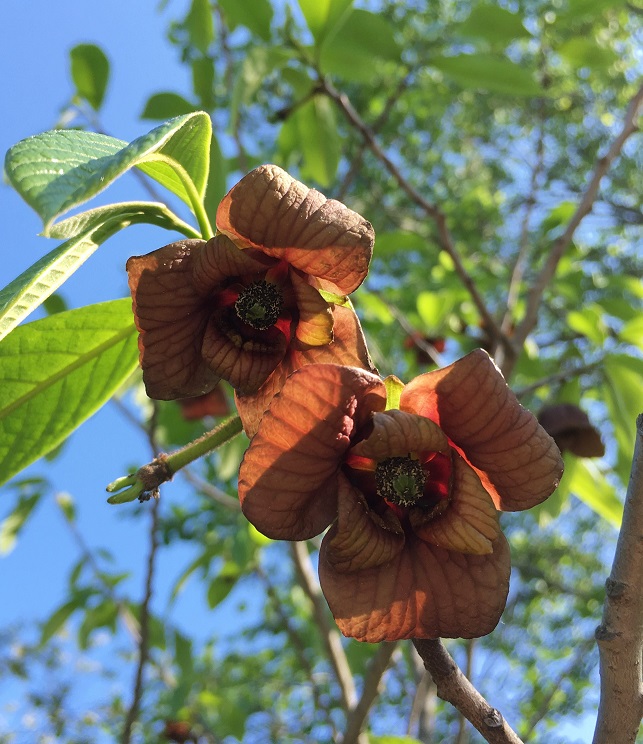 National Garden Clubs, Inc. is a 501(c)(3) organization that aims to promote the love of gardening, floral design, and civic and environmental responsibility. There is a local club near you, click here to find one and join. Subscribe to the NGC’s blog by entering your email here. You will receive an email when there is a new blog article on the NGC website. You do not have to be an NGC member to subscribe.

I live in Nebraska and never saw a Paw Paw Tree nor did I know that the fruits are large and good to eat. All I know is from the song I sang as a child "picking up paw paws and putting them in my basket!"

Our son lives in Washington DC and yesterday picked paw paws for the first time. It would be wonderful to have some recipes and info on harvesting and cleaning paw paws for eating. ceeandgary@gmail.com

If your son lives in Washington DC, he is luck. There are several paw paw festivals in September. We have a local paw paw expert named Michael Judd who wrote a book on the subject called For the Love of Paw Paws. This book is available on Amazon and has recipes. He has an annual paw paw festival in Frederick, Maryland, where he not only sells the trees and fruit but shows people how to use paw paws in recipes. 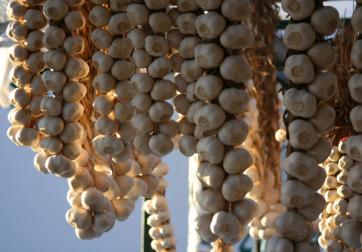 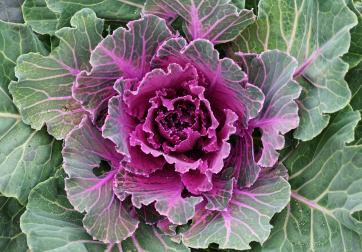 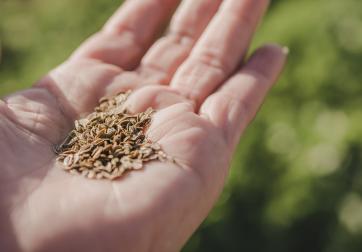 Saving Seeds from the Garden