Gardeners who plant culinary herbs for foliage may often find that they get so busy they forget to harvest the leaves. Before they know it, the herbs have bolted and flowered.  But that’s okay, these plants still serve a useful function in the garden. The flowers of many herbs, such as cilantro, lemon balm, dill, and parsley, are quite attractive to beneficial insects. Beneficial insects are good to have in the garden as they will destroy the “bad” bugs. These beneficial insects are either predators, i.e., they eat harmful bugs, or parasites–they lay their eggs in or on the “bad” bug which release larvae that consume the bug.

Many of these beneficial insects are small, thus preferring easily accessible nectar chambers in small herb flowers. In many cases the adult insects need the nectar and pollen of the herb flower while the “babies” or larval stage eat the insects that are not welcome in the garden. For example, the larval stage of ladybugs, which look like mini alligators, consume aphids, many beetle larvae, and spider mites, among others. One can attract ladybugs into the garden by planting cilantro, dill, fennel, oregano, thyme, and yarrow so the adult form, the ladybug, can enjoy the pollen.

Lacewings are beautiful slender green insects with translucent wings. Their larvae, known as aphid lions, eat many aphids –thus they have a lion’s appetite -- and many beetle larvae to name a few. Lacewings are attracted to angelica, caraway, tansy, yarrow, dill, fennel, and cilantro.

Parasitic wasps are small, non-stinging wasps. There are many types, but they all destroy pests by laying eggs inside or on the pest. The eggs hatch to release larvae that consume the prey, eventually killing it. Parasitic wasps will destroy tomato hornworms, bagworms, cabbage worms, Japanese beetles, and squash vine borers. The wasps are attracted to dill, fennel, lemon balm, thyme, yarrow, and cilantro.

Hover or syrphid flies look like small wasps because they have yellow bands, but they don’t sting. The adults--the flies--will “hover” as they drink nectar from dill, fennel, feverfew, lavender, mint, yarrow, and cilantro flowers. The larvae will consume aphids, cabbage worms, other caterpillars, and mealy bugs.

Herbs also help beneficial insects by providing pollen and nectar when other annuals or perennials are not blooming yet.  For example, cool season herbs such as cilantro and chervil bloom in the spring, providing an early source of pollen to beneficial insects.

Many aromatic, perennial herbs, such as oregano, thyme, and lemon balm, are not eaten by deer and small animals so they become permanent fixtures or “houses” for beneficial insects. Plus herbs are usually planted in bunches or become small shrubs, providing a large “neighborhood” for these insects.

However, despite the number of plants in the garden, these insects will only stay if there is a need, i.e., food for them, and if the surroundings are hospital. Beneficial insects seek large populations of bad bugs to feed their own population. Some beneficial insects wait to lay eggs until there is enough “food” so it may be that the appearance of many aphids is the trigger to have ladybugs increase their own population because they now know there is plenty of “food.” In other words, if there a lot of aphids on a particular plant, wait to see if ladybugs will arrive on the scene to correct the problem before reaching for an insecticide. Spraying chemicals may kill or alter the balance of beneficial insects. It is now known that plants that are under attack by bad bugs release chemicals which are signals to the particular type of beneficial insect that would be needed to correct the problem. There may be a little or minimal plant damage in order for the beneficial insects to receive the signal to come to that plant.

Herbs can be useful for their flowers as well as their foliage. Planting several different types of herbs in the garden helps protect the rest of the plants against pests.

Love this article. Thanks!

Herb gardens and their benefit . Thank you for this very informative article.

Thank you for your very informative article. Now I will double my herb garden. 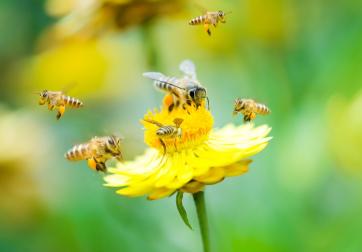 Butterflies on my Balcony? Make that a YES! 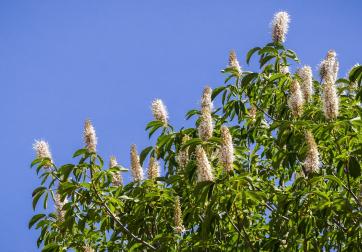